aush bulbul, how to prepare it at home

nest bulbul, how to prepare it at home

nest bulbul Ou Ash al-Bulbul is a type of sweet, and the origins of this recipe go back to the Syrian cuisine 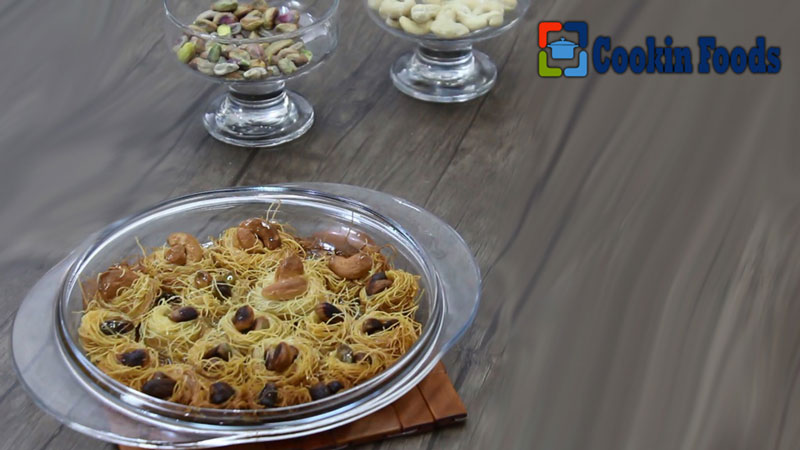 where it was widely known in Syria, and then it spread to all countries of the Arab world, and the Ash al-Bulbul recipe is distinguished by its lightness, delicious taste and ease of preparation in addition to its distinctive appearance.

The origin of the nightingale nest:

Ash al-Bulbul is one of the sweets that were famous in Syria and is considered one of the most prepared Arab countries for such sweets, where the deliciousness of these sweets was associated with the names of Syrian cities, indicating the quality of the taste and taste, and after that, it spread to all Arab countries and occupied a place on the list of the most delicious Arab sweets that are prepared in a simple and easy way with Distinguish it with its irresistible taste and taste

How to make Albulbul Nest:

For the dough we need the following:

For the filling we need the following:

To prepare the filling: 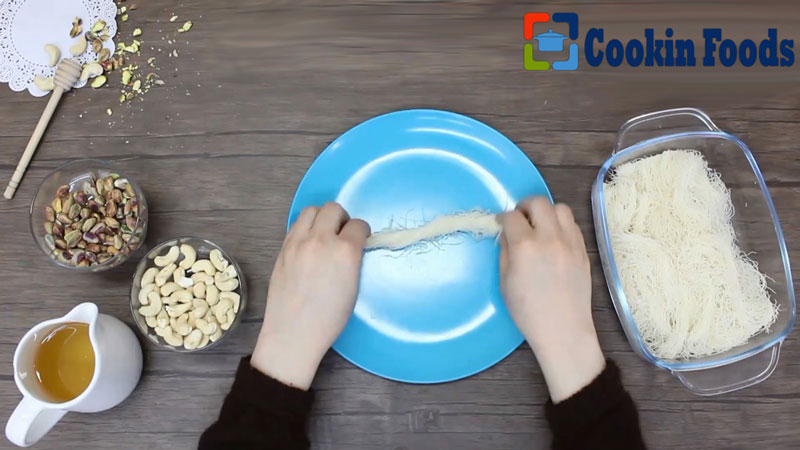 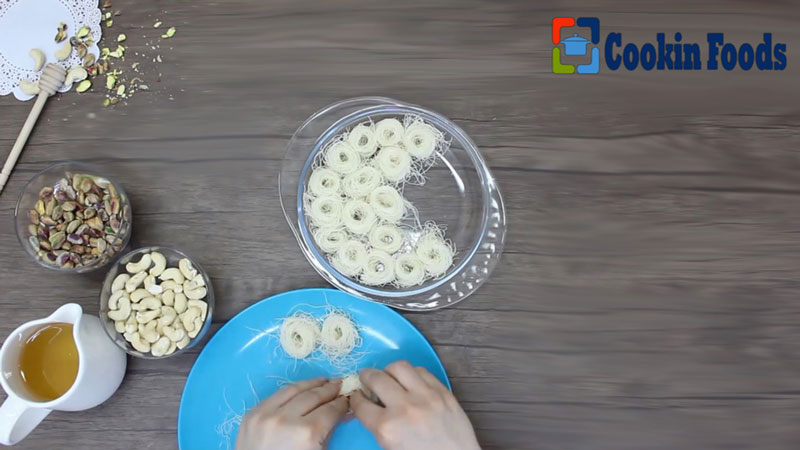 To prepare the dough: 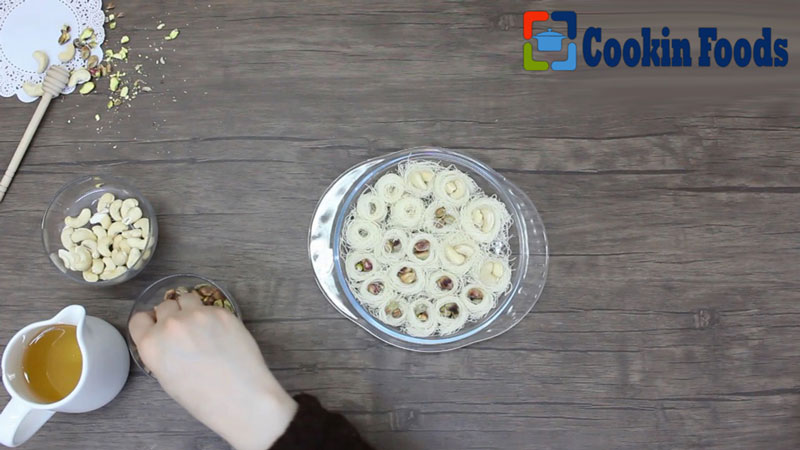 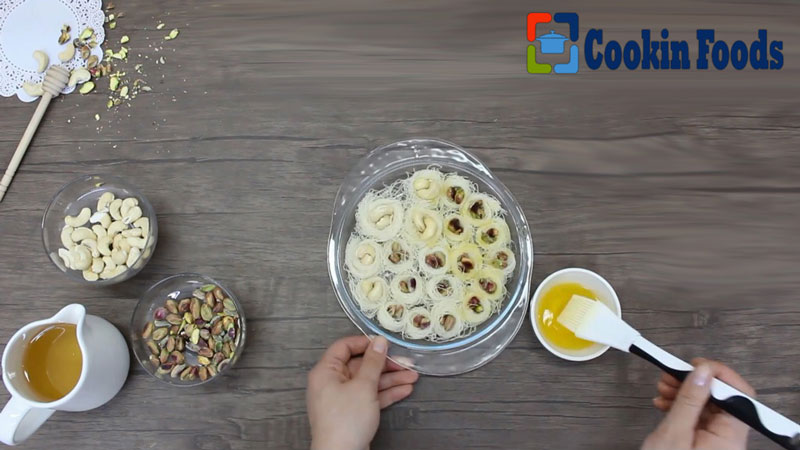 One of the additives that can be added to the bulbul nest is pistachio.

-Two cups of raw pistachios for the filling
-Half an envelope of konafa for hair
Melted obesity as needed-
Diameter components:
Two and a quarter cups of syrup-
A glass of water-
A teaspoon and a half of lemon juice- 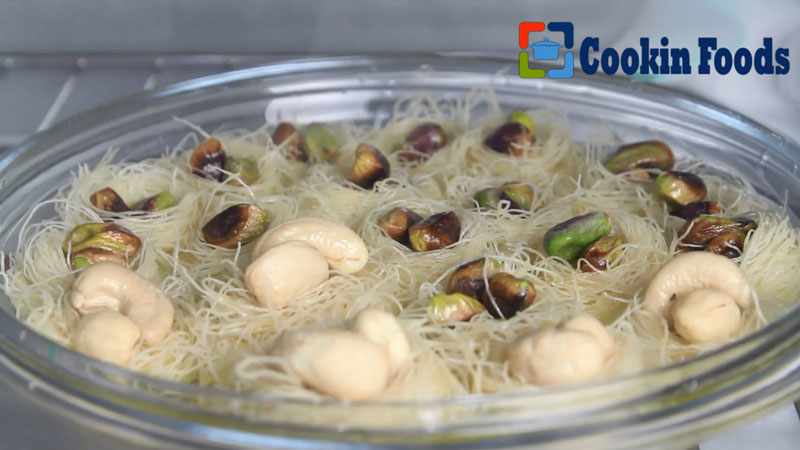 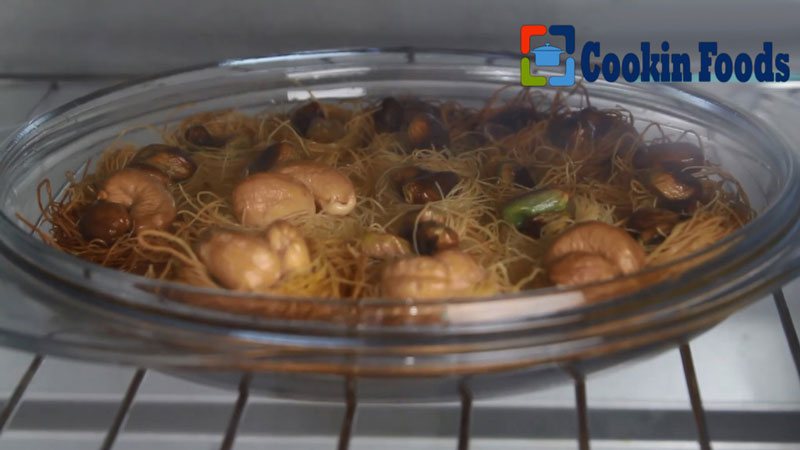 To prepare the towel:

Put sugar, lemon juice, and water in a thick-base saucepan, and leave the mixture on low heat for ten minutes, then remove it from the heat, and let it cool down completely, and you can add a few lemon peels or drops of liquid vanilla.
– Place the rack in the middle of the oven, then heat it over a medium temperature
-Grease an oven tray with a little oil
-To prepare the filling: Put the pistachios in a deep dish, spread over it the amount of a cup of syrup, then flip it to cover well
-Put the pistachio mixture in the tray that you have painted with oil.
-Put the tray in the preheated oven for several minutes, while the pistachios dry and stick together, then leave them to cool. 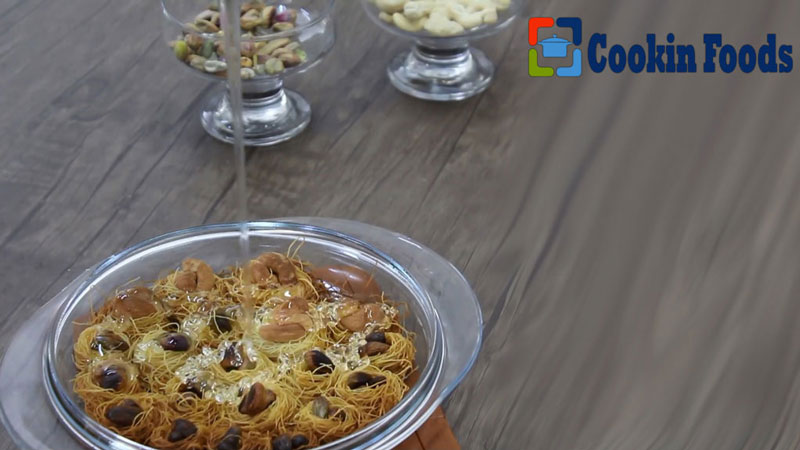